On the Day of the African Child, UNICEF alerts that it’s past time to end female genital mutilation and child marriage in The Gambia

Banjul, 16 June 2022 – This 16th June, we once again observe the Day of the African Child, but this time with a focus on assessing progress on policies to eliminate two of the worst harmful traditional practices, FGM and child marriage, compounded by underlying violence against children. In The Gambia, more than half of girls aged 0-14 years have undergone some form of female genital mutilation, whilst more than one in four girls is married before her 18th birthday.

“On the Day of the African Child, we remember the plight of children, mostly girls, who have suffered because of harmful traditional practices,” said Gordon Jonathan Lewis, UNICEF The Gambia Representative. “We also celebrate the activists, faith-based leaders, community mobilizers, policy makers and the children and young people driving change in the country.”

For decades, campaigners have crisscrossed the length and breadth of The Gambia, meeting parents, teachers, local authorities, religious leaders, community groups, adolescents and young people to discuss FGM, child marriage and other harmful practices that affect children. Thanks to these and other efforts, the country has registered some strides in reducing some of these practices. For example, FGM among girls aged 0-14 years old dropped from 56% in 2010 to 51% in 2018. Impressively, about half of women in The Gambia now openly disapprove of FGM. Similarly, child marriage also dropped from 47% in 2010 to 34% in 2018.

“This is an important shift that ushers in hope for girls,” Mr. Lewis further added. “But while we celebrate progress, it is perhaps too soon to celebrate victory for girls. We must not rest on our laurels until every girl is protected from harmful practices. We must therefore galvanize efforts and mobilize policymakers, influencers, communities, children and young people, to step up our efforts, speak in unison and demand an end to all forms of harmful practices that impede the health and development of children, as well as their holistic transition to adolescence and adulthood.”

Notwithstanding the prevalent opinions about the need to eliminate FGM and child marriage, the practices are still widespread. Within the United Nations system, joint programmes implemented by UNICEF and UNFPA are contributing to a steady reduction of FGM and child marriage through institutional capacity strengthening, advocacy and social mobilization campaigns and community engagement and empowerment.

Female genital mutilation and child marriage rob girls of their childhood, health, and sometimes their lives. Girls subjected to FGM or married before adulthood are at increased risk of birth complications, dropping out of school and experiencing domestic violence. When girls are not healthy and educated, they are less likely to build a better future for themselves and their families.  When the future of families and communities are compromised, the spiral of generational poverty is only made stronger.  And when this occurs, the very future of the nation’s economy is at risk as is its social cohesion.

UNICEF calls on all stakeholders to, now more than ever, listen to girls and support them to speak up and encourages all concerned institutions to take concrete and intentional actions to protect them from harmful traditional practices. Girls need the care and protection of their parents, teachers, community and religious leaders and policymakers. More importantly, girls need a robust enforcement of child protection laws, including those banning FGM and child marriage.  These actions have the potential to generate stronger results by investing more in the protection and development of girls and addressing the root causes of these practices – poverty and limited access to educational opportunities and quality health care.

FGM and child marriage keep the wheels of poverty, exclusion and inequality spinning. It’s past time we stopped them. 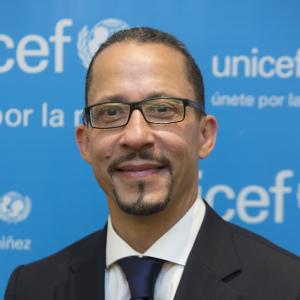 UNICEF
Representative
jlewis@unicef.org
Gordon Jonathan Lewis is the UNICEF Representative in The Gambia. Prior to joining the UNICEF country office in The Gambia in August 2020, Mr. Lewis served as UNICEF Representative in Costa Rica from 2015 to 2020. He has also worked in several countries as UNICEF Representative, including Botswana (2002-2006), Bolivia (2007-2010) and El Salvador (2010-2015). Mr. Lewis joined UNICEF in 1991 in Angola, where he held various positions until 1998, including Project Officer posts for Planning, Emergency, and Monitoring and Evaluation. From 1998 to 2001, he served as Programme Officer for Social Policy and Planning and Deputy Representative in Jamaica. Mr. Lewis, an American and British national who was born and raised in Puerto Rico, holds a Bachelor and Master of Arts Degrees in History from Johns Hopkins University in Baltimore, Maryland. He is fluent in English, Spanish, Portuguese and French.
Read more